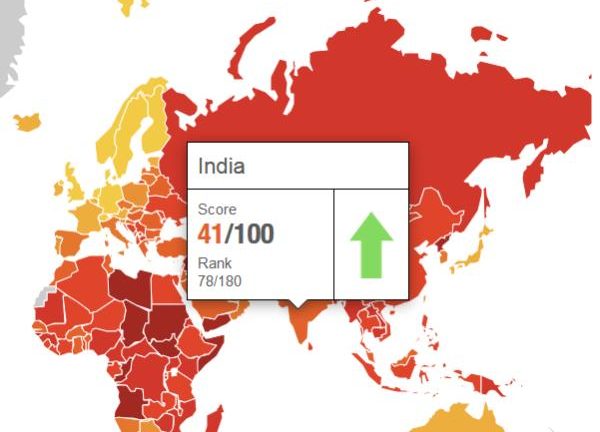 India has been ranked in 78th position out of 180 countries in the recently released Corruption Perceptions List. This is a good jump, considering the fact that it was listed 95th in 2011.

About Corrpution Perceptions List: Since its inception in 1995, the Corruption Perceptions Index, Transparency International’s flagship research product, has become the leading global indicator of public sector corruption. The index offers an annual snapshot of the relative degree of corruption by ranking countries and territories from all over the globe. In 2012, Transparency International revised the methodology used to construct the index to allow for comparison of scores from one year to the next. The 2018 CPI draws on 13 surveys and expert assessments to measure public sector corruption in 180 countries and territories, giving each a score from zero (highly corrupt) to 100 (very clean).

Begin typing your search term above and press enter to search. Press ESC to cancel.